You can learn to sew, even without your own personal sewing machine and no sewing experience!

While on my morning walk one day last spring, my cell phone rang in my pocket. The caller was a man who was looking for a sewing teacher. He said he’d been referred to me by one of my students who told him I’d be a good teacher for him to learn to sew.

So, Paul (not his real name) proceeded to explain to me that he had acquired some leather pieces and wanted to sew some decorator pillows with them, and that he didn’t know how to sew nor did he have a sewing machine.

I said to Paul that yes, I teach Customized Private Sewing Lessons, but I also require that my husband be present during the lesson when working with a male student, just so no improprieties take place for either myself or the student.  Paul agreed to that.

The answers to my questions are extremely important so I can teach My students more effectively. I keep an information card on each private student to track what the student’s goals are and what I teach them. I can refer to that information if the student calls back later to hire me for additional instruction – which does happen from time to time.

Since I was out walking and couldn’t conduct my usual phone interview, I emailed Paul with my questions and we proceeded to get his first “Learn to Sew” lesson scheduled.

Our First Learn to Sew Lesson

Paul’s first lesson was the usual two-hour session.  Since he had no machine yet, I took my sewing machine so I could teach him the basic operations and functions of a sewing machine.

With my sewing tool bag in tow, which always goes with me when I teach sewing private lessons or, group classes, I could show him some of the basic sewing tools he would need.  And, I took some basic technique samples that I always show beginning students, so Paul would have a good understanding of what to look for in his own sample-making.

If a beginning sewing student has no experience whatsoever, I have them sew on paper, before sewing on fabric.  This technique gives the student a feel of how the sewing machine moves the paper, then the fabric, through the machine and gives them more confidence.  Then, we go ahead and sew some basic seams, and seam finishes on fabric.

After learning about all of the moving parts of the machine, Paul’s first sewing experience was to sew straight and curved lines on paper.

That’s usually very eye-opening for beginning students because it isn’t expected! It’s a new thing that requires some eye-hand coordination.  It also allows the student to learn how the movements of the needle and the feed teeth work together with precision.

Besides, who would ever think about sewing on paper?

Paul Wants to Start His Own T-Shirt Clothing Line

During this first sewing lesson, Paul talked about how he’d like to start his own clothing line, specifically men’s Tshirts, and get them manufactured.  He would be going to California later in the year to look for a manufacturer and he wanted to learn as much about sewing as possible so he’d know how to talk to the manufacturer.

Needless to say, we would have to schedule additional lessons in order to fulfill that goal!  So, we set up classes for every other week going forward until his T-shirt was finished.

Oh, and by the way, Paul asked if he could make his T-shirt in class, with my sewing machine.  Of course, I said, “Okay!”

Our Second Learn to Sew Lesson

As our second lesson got under way, Paul let me know he wanted to develop a T-shirt design with a European-cut, which is more fitted and shorter in length for his clothing line. We looked at several T-shirt patterns that were currently available in pattern books, but nothing suited his interest.  Then, I remembered that I had an old master knit T-shirt pattern for men in my personal library which we could use.

So, now we had a plan of action established and both teacher and student knew how to focus on future lessons.

Here’s my little secret:  I had to research what a European-cut T-shirt looked like, because I had no idea!

Our Third Learn to Sew Lesson

For lesson #3, I went armed with my master pattern, some tracing paper and other necessary supplies so we could get to work!  With such an eager, enthusiastic student, it was a joy to teach Paul how to sew.  He was very attentive and learned quickly, which made my task so much easier.

Paul learned to sew, including these 8 important sewing techniques:

Paul was certainly challenged by this undertaking!  And, I have to admit, I was a little challenged by it, as well!  But, at the same time, we were both extremely satisfied with the outcome of our challenge being accomplished.

He had a perfectly, custom-fitted, European-cut Tshirt that looked great on him!

Whatever sewing challenge I’ve taken on for myself or with a student over my many years of sewing and teaching, I’ve always come away with a tremendous sense of accomplishment and satisfaction.

It’s because I enjoy taking on something that challenges my mind and allows me to build up and refine my own sewing skills; and being courageous enough to just jump right in.

Customized Private Sewing Lessons are a time when I can work one-on-one with my students.  And, the CPSLs help me get to know my students on a more personal level… one of my favorite ways to teach sewing!

Be Blessed, Be Creative, And Let’s Sew!

Get Your Sewing Machine Out of its Box! Is your sewing machine still in its box?  Are you fearful or totally intimidated by the dials…

Sewing Helped Me Face “Failures” (or Crossroads) In My Life Sewing has helped me face failures and crossroads in life, as well as in many… 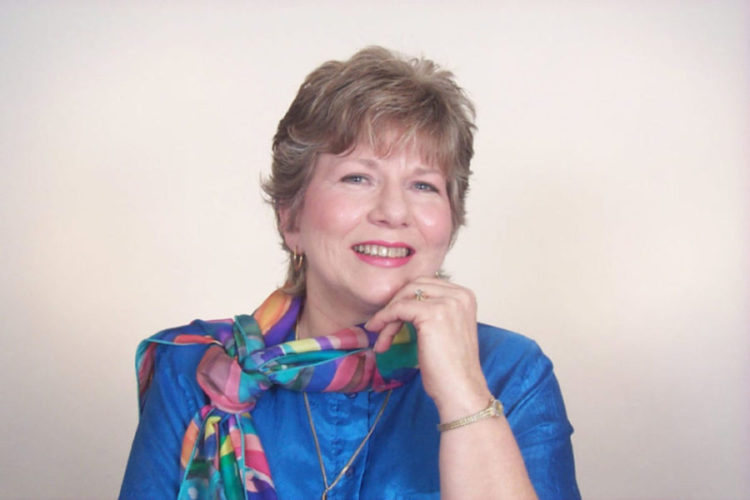 Hello! Welcome to my corner of the sewing world, where anyone who’s willing can learn the basics of sewing! I promise! Feel free to look around my website, where I share my passion and love for teaching beginning sewing, so you can learn the basic techniques and how to operate your sewing machine.